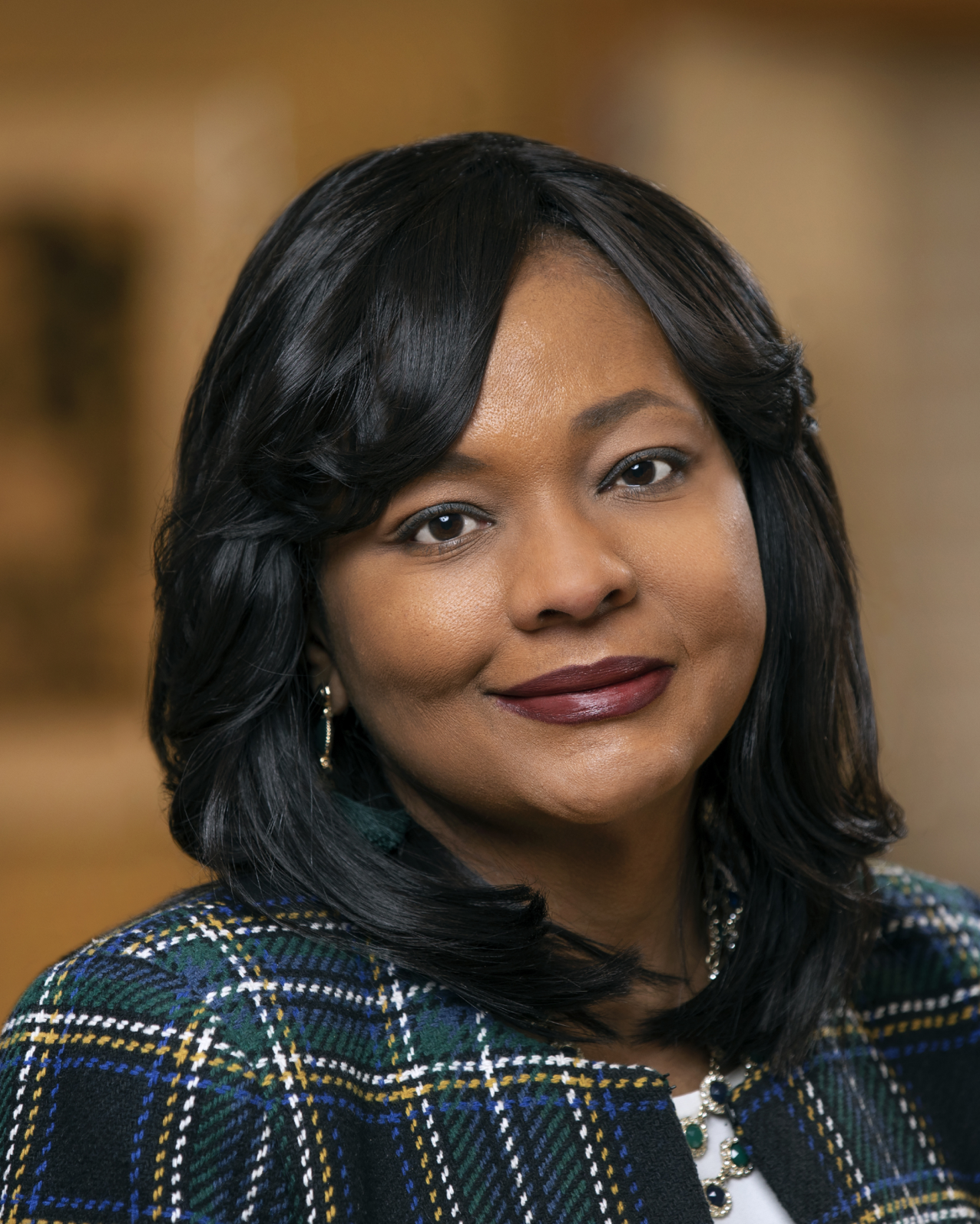 Mary Dana Hinton became the thirteenth president of Hollins University on August 1, 2020. An active and respected proponent of the liberal arts and inclusion, her leadership reflects a deep and abiding commitment to educational equity and the education of women.

For six years Hinton served as the president of the College of Saint Benedict (Saint Ben’s) in Saint Joseph, Minnesota, and was named President Emerita upon her departure. Under her leadership, Saint Ben’s put into action a collaborative strategic plan and dynamic vision to guide the institution through 2020. During her tenure, the college completed a $100 million comprehensive fundraising campaign, exceeding its goal. Hinton also led the process to implement a $43 million campus facilities update, enabling Saint Ben’s to provide premier facilities for teaching, learning, and women’s leadership development.

Since taking office at Hollins, Hinton has focused on advancing critical conversations around inclusion, identity, and equity on the campus. In October, the university brought together more than 550 students, faculty, staff, alumnae/i, and trustees to explore themes of race and racial justice during Hollins’ first annual Leading Equity, Diversity, and Justice Day. In addition, she has launched the Hollins Imagination Campaign. Its goal is to create a path forward in which the university will embrace and amplify its mission, capitalize on its legacy of courage, and prepare for a transformative and thriving future.

Hinton is a member of the board of directors for the American Association of Colleges and Universities, Interfaith Youth Core, Saint Mary’s School, and the University Leadership Consortium. Hinton chairs the AAC&U Presidents’ Trust and is also a member of the Lumina Foundation’s Quality Credentials Task Force. In July 2021, she will begin serving a three-year term as an at-large board member with the National Association of Independent Colleges and Universities (NAICU).

She speaks frequently in the U.S. and abroad on topics related to the liberal arts and inclusion, and she founded the Liberal Arts Illuminated Conference. Hinton teaches in the University of Pennsylvania Graduate School of Education doctoral program in higher education management and the CIC President’s Institute New President Program.

Jenn Smith (she/her) joined The Seattle Times Education Lab as the engagement editor in fall 2020. Her work entails building community-based networks, projects and reporting that center promising approaches to some of the most persistent challenges in public education. She is passionate about mentoring aspiring journalists, including the members of Ed Lab's Student Voices cohort and the company's summer interns. She is dedicated to examining barriers to economic and social equity, and in elevating the stories of people from communities who have historically been underrepresented in or marginalized by media organizations.

Smith previously spent 15 years producing award-winning reporting and projects with The Berkshire Eagle, a daily news publication. During her tenure there, she focused on education reporting and serving as its community engagement editor.

She served as a regular guest on “The Roundtable” and “The Media Project” programs of WAMC Northeast Public Radio and WTBR 89.7 FM's “Good Morning, Pittsfield.” She was the 2018 Hardman Journalist-in-Residence at Massachusetts College of Liberal Arts. She also volunteered for various community projects and organizations, and visited K-12 schools and colleges to promote and develop in people media literacy, leadership and journalism skills.

Smith is a member of the national Education Writers Association and the Asian American Journalists Association's Seattle chapter. She traveled to Pakistan in 2014 as a fellow with the International Center for Journalists’ U.S.-Pakistan Professional Partnership Program. Additionally, she’s earned journalism scholarships to train with the Poynter Institute, Hechinger Institute on Education and The Media, and Columbia University. She is an alumna of the S.I. Newhouse School of Public Communications at Syracuse University. 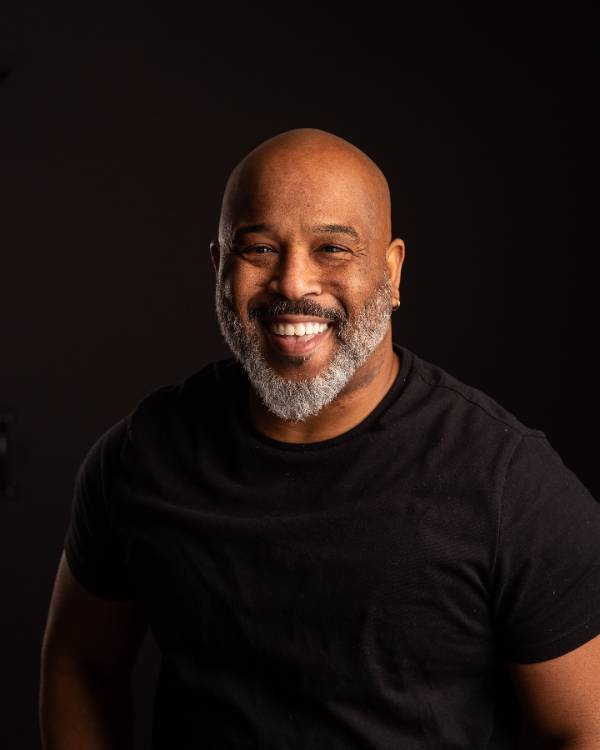 Ty Allan Jackson is an award-winning children’s book author, literacy advocate, and captivating motivational speaker. In 2011 he founded Big Head Books, LLC, now Ty Allan Jackson, LLC, a literacy organization that aims to introduce children to the joys of reading. Ty travels around the country inspiring children and educating adults about the impacts of illiteracy.

A three-time TedX presenter, Ty believes that literacy is the foundation for a successful life and promotes it with humor and enthusiasm. Ty’s work as an author and literacy advocate earned him the Massachusetts inaugural Martin Luther King Jr. Content of Character Award, as well as citations from the Massachusetts Governor, Senator, and the House of Representatives. Ty’s books have been featured on CNN, NBC Nightly News, The Steve Harvey Show, PBS and countless other media outlets. In 2012, Ty’s books were gifted to former First Lady Michelle Obama by his hometown mayor. He is the co-founder of the Read or Else movement, which has raised awareness about illiteracy, helped donate thousands of books to children in homeless shelters or underfunded schools, and facilitated opportunities for imprisoned parents to film themselves reading books to their children.

Jackson is also the cofounder of Danny Dollar Academy, a revolutionary financial literacy program created for elementary school students to learn the basics of finance, entrepreneurship, and economics. The program is based on his best-selling children’s book “Danny Dollar Millionaire Extraordinaire: Lemonade Escapade.” Throughout the program, students learn the principles of credit, debit, banking, entrepreneurship, marketing and more. 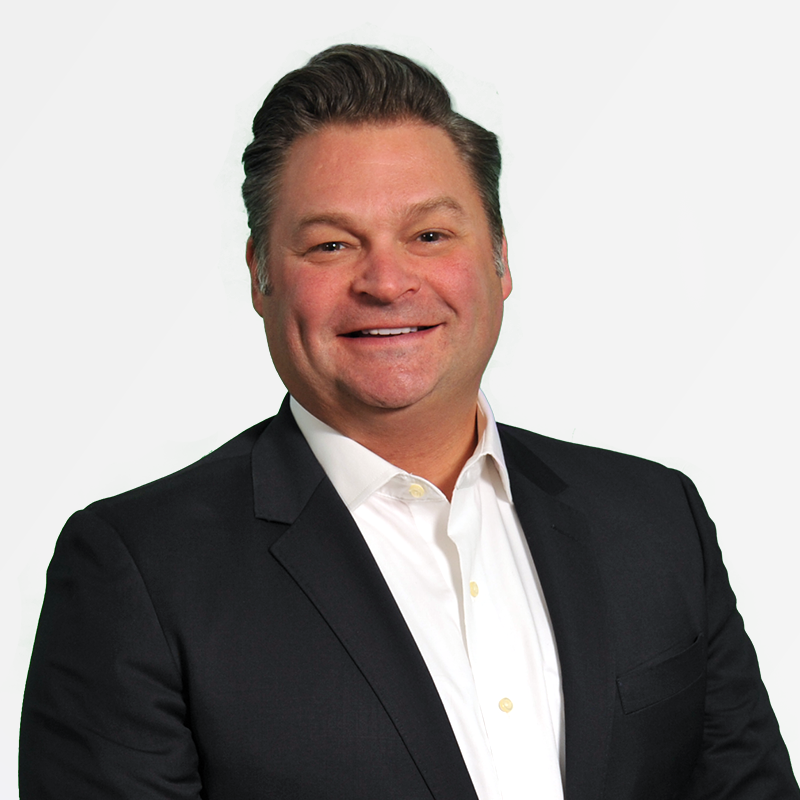 
B. Stephen Boyd is the CEO of Boyd Technologies in Lee, Mass., and a co-founder and Board Chair of the Berkshire Innovation Center (BIC). As an advisor and frequent speaker on economic development, he is often focused on collaboration and building value through partnerships that align entrepreneurs with vision, talent, strong teams and breakthrough technologies.

As the CEO of Boyd Technologies, Mr. Boyd has grown every segment of the company’s business in year over year sales and new customer acquisitions since he was appointed. He has transformed the company’s design and service platforms with expertise that focus them purely on the advancing healthcare market. As a contract design and manufacturer of medical devices and a liquid formulation, mix and fill provider; the Company produces many of the single-use assemblies and bioprocessing supplies used in drug discovery and for the production of many therapeutics and vaccines distributed around the world. However, in the spring of 2020, Boyd marshalled additional services to the aid of frontline workers in desperate need of PPE with pivots to make N95 respirators, surgical masks and rapid testing components used in the fight against COVID19.

As a commissoned Advisor to the Baker-Polito Administration Mr. Boyd has served on the Economic Development Planning Council & the Strategic Steering Committee for the Department of Higher Education as well as the Advanced Manufacturing Collaborative and the Manufacturing Emergency Response Team (M-ERT) for the Commonwealth of Massachusetts. He is a graduate of Middlebury College in Vermont and an avid skier, dad and husband.

As the Co-founder and Board Chair of the Berkshire Innovation Center, Boyd was asked by Gov. Deval Patrick and Pittsfield Mayor Daniel Bianchi to create the Center and to lead the $14.2M public/private initiative with grant funding from the Massachusetts Life Sciences Center. In 2014 he established the BIC, as a charitable organization, to support regional economic development and job growth while also combating community deterioration. The Center promotes collaboration between industry, government and academia in order to spark innovation and the diverse sustainable growth of technology enabled companies, start-ups and ideas. Since its inception the BIC has provided access to technical programing, equipment, training and networking for thousands of residents, students and workers throughout the Berkshires.